Penalties for drug offenses are classified according to penalty group and weight, whether there is an allegation of manufacture/delivery, or an allegation of the offense occurring in a drug-free zone.

Possession has a legal definition. It is not limited to ownership. Under the law, possession means care, custody, control, or management over a substance. That means multiple people can be charged with possessing the same substance. And that is what happens a lot of the time. The police arrest everyone in the area. However, just because you are in an area where drugs are found does not mean you are legally guilty of possession. There must be other additional evidence to affirmatively link you to the drugs.

Also, the “Tulia” law, article 38.141 of the Code of Criminal Procedure, is an evidentiary law that was enacted several years ago to prevent against wrongful convictions when a snitch is involved. This law was named after the infamous drug cases in Tulia, Texas. In 1999, 15 percent of Tulia’s African American population was arrested, prosecuted, and sentenced to decades in prison based on the uncorroborated testimony of a federally funded undercover officer with a record of racial impropriety. The defendants have since been pardoned. And now we have the Tulia law which says that the testimony of a snitch working on behalf of the police isn’t enough to convict a person. There must be additional evidence, and proof of the commission of the offense alone is insufficient.

There are really only 3 ways to respond when you have a drug case:

Often, Sarah advocates a comprehensive approach to defending drug cases. After all, the goal is to have the best possible result and to prevent a second case from ever happening. Therefore, sometimes treatment is also a necessary part of a defense in addition to a legal defense. Talk with Sarah, a skilled drug crime lawyer in North Texas. She will guide you through the state’s drug possession laws, how they apply to your case, and the best strategy moving forward.

Don't ever take a plea deal without understanding your case and knowing all of your options, and do not talk to the police without your lawyer!

Call one of the best defense lawyers in North Texas for a free consultation. 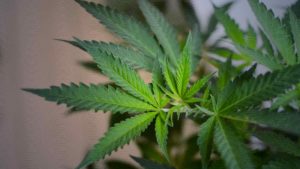